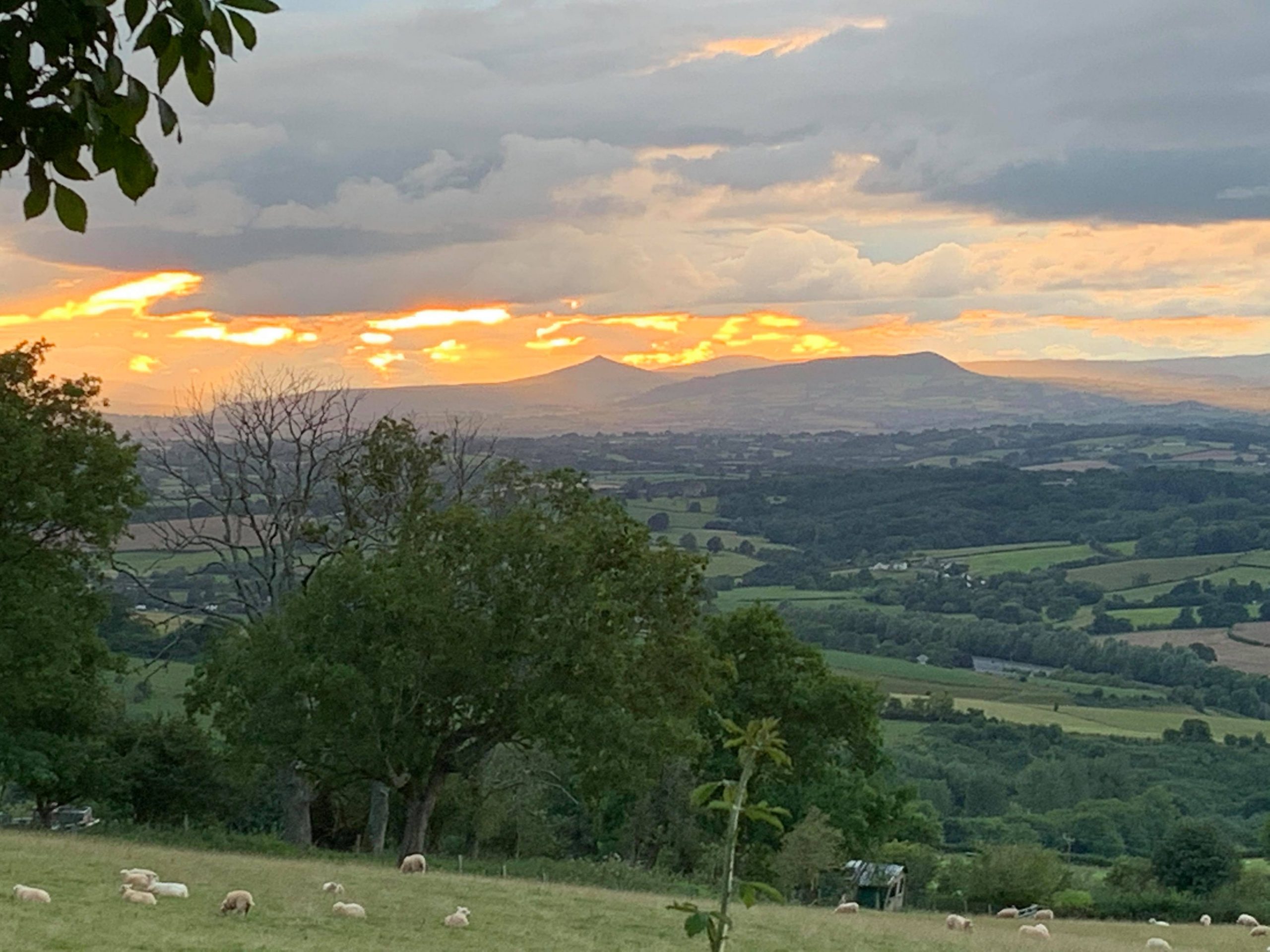 I saw this pic on a friend’s Facebook feed this evening and had to add it to this site – this beautiful country that we live in, the beautiful sky, the grazing sheep…..I could wax lyrical about this for ages, but I think the main point is….let’s keep it beautiful, doing everything we can to save our planet.

At Taclus we have a zero landfill policy, and our service is based on our rigorous internationally recognised standards, ISO 9001:2015, EN:15713 and ISO 14001:2015. We are licensed by the Environment Agency as a waste carrier and we recycle 100% of the paper we process.

What sets Taclus apart from our competitors is that we offer a comprehensive data destruction service with no hidden extras. We will quote you one clear price with no additional fees for paperwork or anything else.

Thank you to my friend John for the pic!

We’re feeling the love at Taclus and want to pass it on to you too……does anyone out there want to partner up with Taclus and be our valentine?! If so, do contact us or search the website for information on our services

Meanwhile, here are some interesting facts about Valentine’s Day:

Why is Valentine’s Day for lovers?

One of the most popular stories outlining the origins of Valentine’s Day dates back to 270 A.D. during the reign of Roman Emperor Claudius II who prohibited marriage because he believed single men made better soldiers. Bishop Valentine disregarded the Emperor’s wishes and continued to marry couples in secret until he was caught and thrown in jail for treason. He was executed on the 14 of February, which is why we celebrate St. Valentine’s every year on this date.

We all relate the colour red with passion and love. Legend also has it that Venus, the goddess of love, favoured red roses above all other flowers.

Fun fact: Almost 75% of all people who buy flowers on Valentine’s Day are men and over 50 million roses are given each year on this day.

The custom in Japan is somewhat different from our own. To express their love, women give men hand-made chocolate gifts on Valentine’s Day, while men reciprocate on the following month (White Day) by gifting a present that is three times as valuable as the gift they received on the 14th of February.

In Seoul and throughout South Korea, women give chocolate to men on the 14 of February. On the 14 of March, men show their love by gifting candy to their girlfriends and wives. All the single ladies and men who did not receive any candy or chocolate grieve on the 14 of April (aka Black Day) by going out and eating black noodles. Who knew?!

Believe it or not, this holiday is actually banned in Saudi Arabia. Gifting tokens of affection such as flowers, chocolates or presents is forbidden, and companies in the retail and hospitality industry are discouraged from promoting the holiday. Furthermore, people are not allowed to wear any red clothing; selling red objects on this day is likewise prohibited. 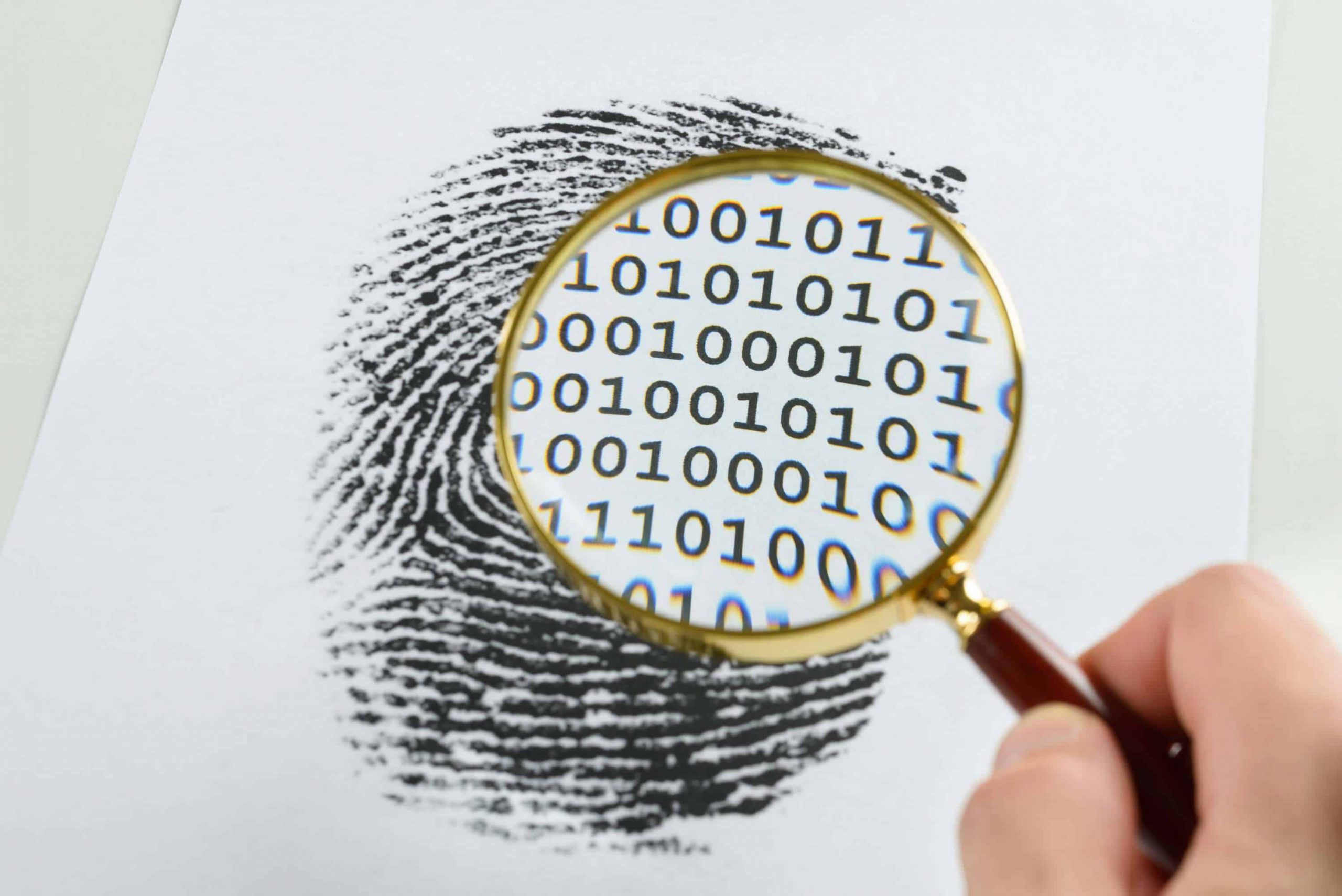 GP, dental and other healthcare practices hold a great deal of sensitive information on paper and on computers.

As GDPR becomes part of our daily life now, we are all aware of the potential it brings for far higher fines for an organisation which breaches it. So as January comes to an end, this is an excellent time for GP and dental practices to review how they deal with their information.

At Taclus, we recommend that you outsource your secure shredding to us (of course)!

Here are 7 excellent reasons you should consider using us:

We have been selected as the confidential waste management partner for Keep Wales Tidy.

We are the friendliest bunch of people in the business! We are also the best value and offer the best service!

If your GP, dental or healthcare practice is looking for an affordable and secure shredding service in South Wales, or if you need advice on dealing with the secure destruction of confidential waste, call our friendly and efficient team on 02920 676 714, or email enquiries@taclusconfidential.co.uk 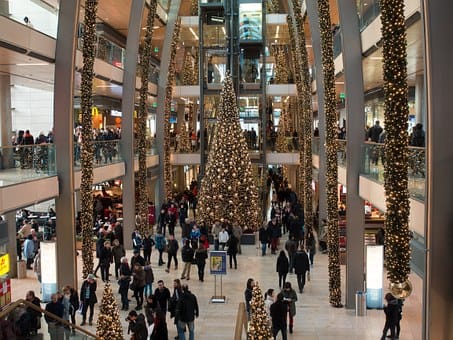 Branded product destruction is as important as paper when it comes to confidential waste management.  We can collect pull-up banners and destroy these in the same way as we can collect paper.  And all the metal parts that can’t be shredded go to metal recycling, in line with our 0% landfill policy.

It’s at this part of the carol that singers start mixing up the lyrics……not us! I’m even trying to persuade everyone to do a recorded version……although that isn’t being greeted with universal agreement just yet……maybe next year?! 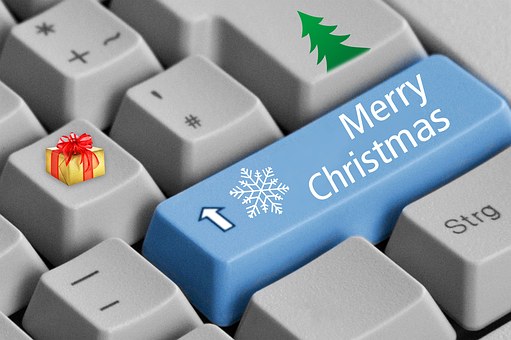 This lyric was provided by Lucy, 16, who took her earphones off for a minute to contribute to our project.  And it’s a good one, not only because it fits to the music, but also because it’s such a core part of our business.  In November alone we did huge clear-outs for four businesses; we took our mobile shredding lorry onto two sites and were able to shred there and then, and when access and site traffic was too busy, we took our lovely Taclus vans along, loaded them up and took the paper back to Taclus HQ to shred.  Both ways, the customer was able to get rid of large volumes of confidential waste in a secure way for an excellent price.

If you have large volumes of paper to get rid of, contact us.

On the Fifth Shred of Christmas my client gave to me…..

C’mon!  The best line yet!  And everybody’s favourite line in the carol when you can really sing your heart out!

Whilst many of our customers have consoles in the office that match their office furniture, we can also provide outdoor, lockable bins for large volumes of confidential waste.  And that doesn’t just mean paper.  We have a couple of customers that use these bins for disposable clothing which we collect weekly.

So, as you are humming this song today, consider whether your firm would benefit from large storage bins as well as your inside consoles….and if the answer is yes, contact us and we’ll get you kitted out. 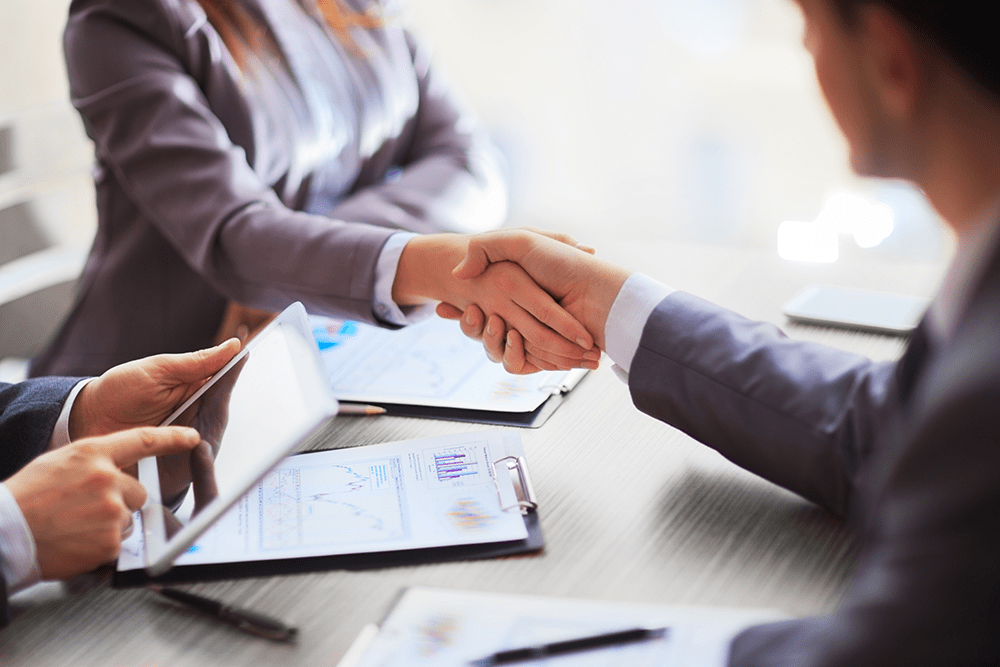 The best line yet?  Yup, contributed by Megan….but just wait for Five…..she made that one up too!

At this time of year, people often decide to spend a day de-toxing the office.  This activity enables people to be productive and efficient without having to use 100% of their brain power – perfect for the Christmas season.  So if you are rooting through your desk and you find piles of unused business cards (or calling cards), or headed paper etc, remember that these branded products contain confidential information and could result in a data breach.  Don’t bin it, put it in your confidential waste bag or console…….if you don’t have one?  Contact us….we pride ourselves on excellent customer service and can confidently say we are the best shredding company in Wales and the South West!

On the Third Shred of Christmas my client gave to me

This lyric from Dave again (who over-ruled Three French Dictionaries, which this blog writer thought was much better).

For many businesses the end of the tax year can result in stacks of confidential financial information piled up in back rooms and storage areas. After the required retention periods have passed, these boxes of files could leave you vulnerable to a security breach.

A new financial year is a perfect time for businesses and individuals to review their paperwork from the previous year and decide whether documents need to be stored or destroyed. Any documents that are no longer required, must be securely disposed of and documents that are needed can either be stored at the office, digitally or off-site in secure storage.

We have several accountancy firm customers with some lovely testimonials to read about the value we have been able to add to their business. 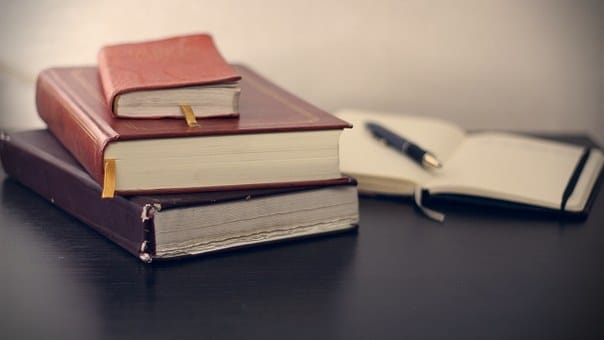 This lyric from Tom, 14.  Why purple?  Why books?  Firstly, we shred paper of all colours and you don’t need to distinguish between colours in your console bin – throw anything in and we will do the rest.  The shredded paper then goes to make paper towels – all recyclable, often dyed, so the colour of the paper you put in the bin doesn’t matter.

And did you know that books are shredded too?  Not just bin ends from publishers, but also books that aren’t sold at charity shops, or that are dumped in waste sites.  The shredding process is the same, but because of the glue, the quality of paper is different.  It sells for a different price and makes different products, but it still means that books aren’t wasted, they are recycled….so although it is literary death row, they really are going to a better place.

So, rest in peace, books, and clients, be happy that your books, of any colour, are helping to save the environment for now and the future. 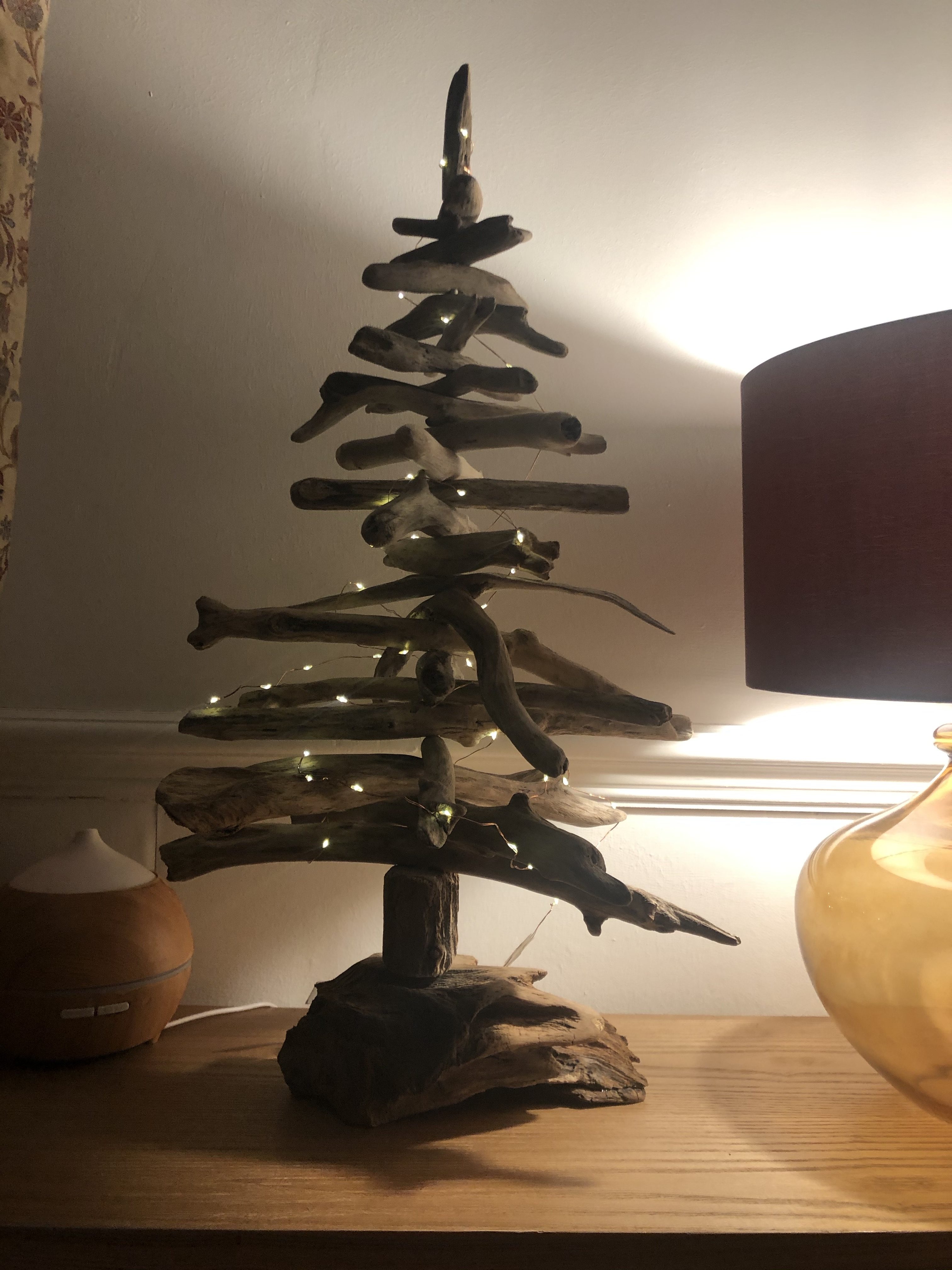 From now until Christmas we will be sharing Taclus’ 12 Shreds of Christmas! We’re very excited about our creativity which came to us during a car ride to Laugharne last week. Hope you enjoy it too…..So, watch this space tomorrow….”On the first shred of Christmas my client gave to me…………”

We use cookies to ensure that we give you the best experience on our website. If you continue to use this site we will assume that you are happy with it.OkPrivacy policy